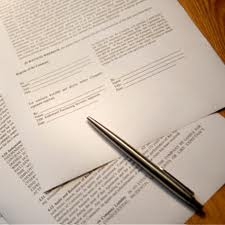 Toronto, Ont. July 29, 2009 - On July 22, 2009, Statistics Canada released its retail sales figures for May which showed Alberta's retail sales increased 0.05% compared to the previous month, which also showed an increase compared to the month before. With more and more "good news" and signs the Canadian recession is ending, law firms are finally starting to experience an increase in business.

"Our client work slowed down substantially in the fall and we had to let some more expensive staff go," says a lawyer in Edmonton who asked to remain anonymous. "We're starting to see client work pick up again and while that's good, we don't have the senior staff we had a year ago who can handle the increase. I have to do more and more document review now which takes my time away from finding clients."

He is not alone. More and more, law firms are reporting their client work has increased in recent months and 72% casually surveyed expect the work volume to continue increasing for the next 18 months. So should we expect to see a trend towards a skilled labour shortage in Alberta again? Respondents don't think so.

"I've been through several downturns in the economy and each time, the reduction in client work has allowed me time to focus on our internal processes, precedents and systems. I'd much rather retain my senior staff and have them implement technology which makes us more competitive during the slow times, than let them go and find myself using the same systems with less staff when work picks back up. The challenge is taking that leap of faith of purchasing technology when billings are light, when all you have to go on is your belief the billings will eventually come back. They always do. All recessions come to an end sooner or later."

But not all technologies come with a huge expense; many are available at a cost-per-file, allowing the charge for the automation to be passed along to a client in the same fashion as courier charges.

"Pay-per-use automation technology is the best way to go, but it requires a commitment; financially and from the staff and partners. Without that commitment, we wouldn't have been able to reduce our response time to clients from hours to minutes. The benefits of automation far outweigh the risk of doing nothing."

Emergent is Canada's leading document automation software company for legal, financial and accounting professionals practicing in the areas of Corporate and Estates law. Our software is available to law firms on a pay-per-use basis with no hidden initial fees beyond the pay-per-use charges. Emergent's solutions have been available to these professionals for over a decade and are currently used by over 75% of leading Canadian legal professionals.